Nefesh Core are proud to announce that  “#Getaway” is officially out via Rockshots Records. 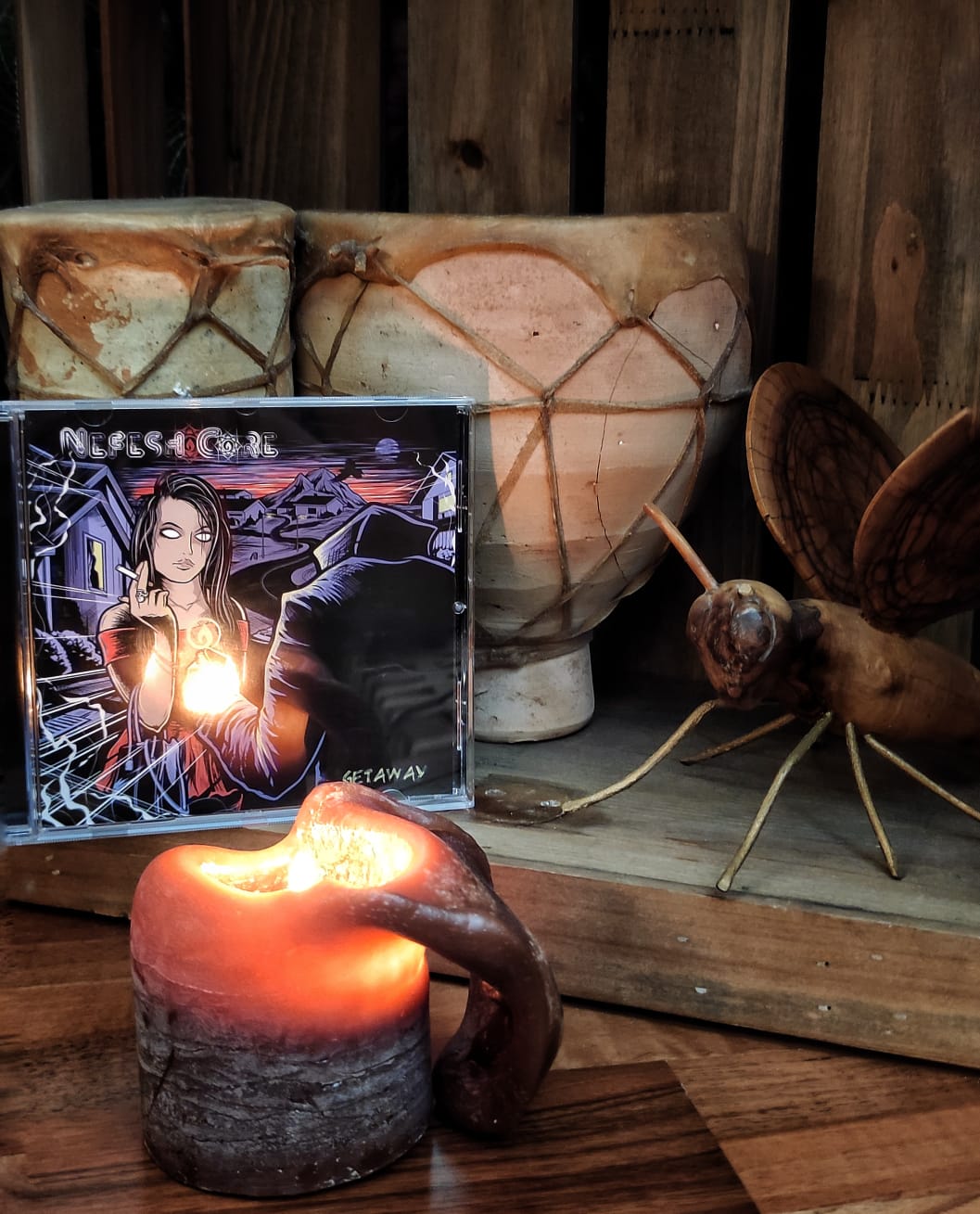 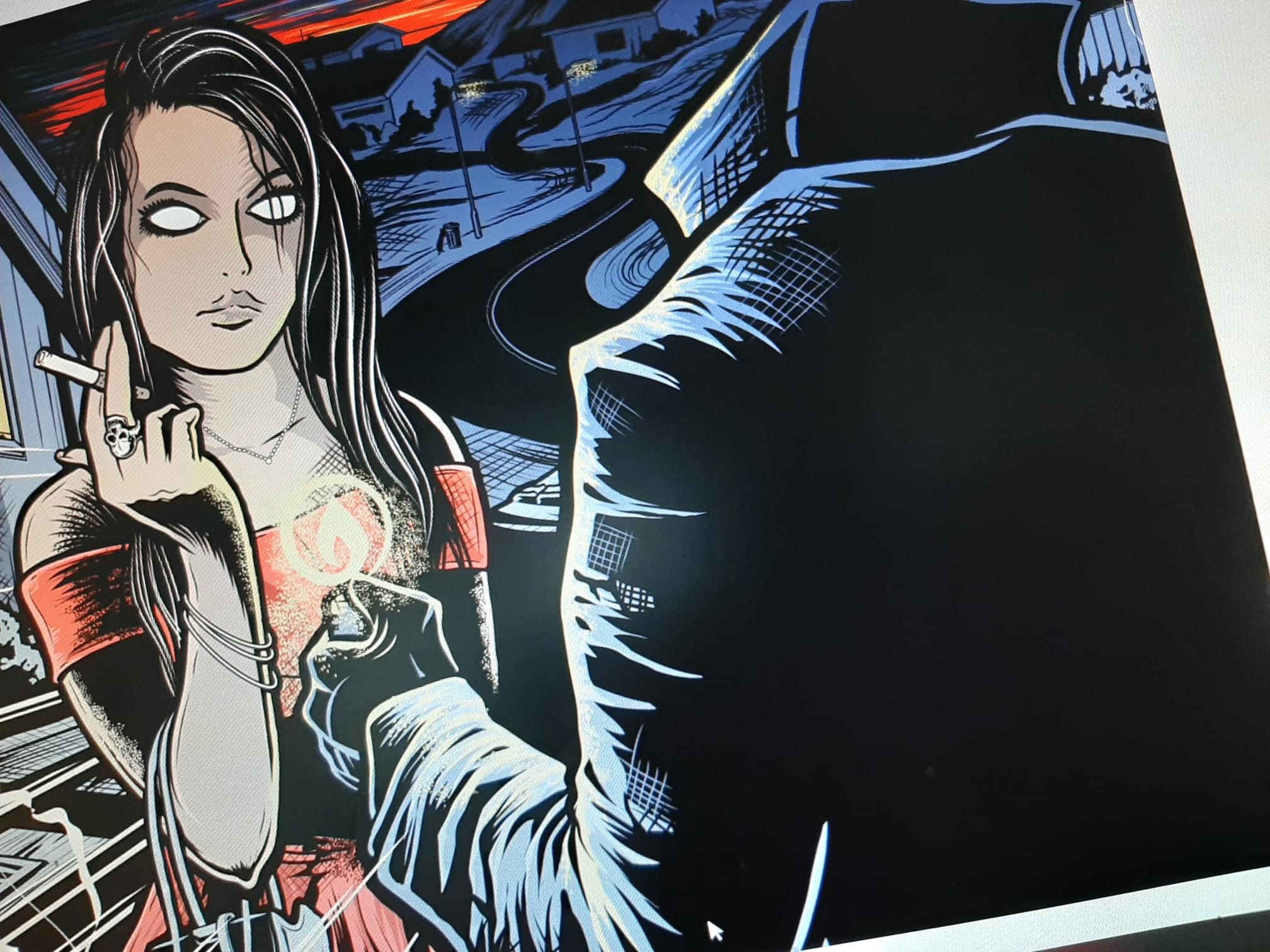 Hello there! So here it is. “Stormraven” is the new third single off “Getaway” coming out on September 25th via Rockshots Records.
The story behind “Stormraven”.
Band says: “It’s the visionary travel of a man along his childhood memories as he took a look at an ancient family photography. So memories start throwing him back to his past, to his bedroom, where he was playing alone, a strange boy to his parents, with a winter heart, no one knew he had dreams or not; he remembers of his big house outside the city, now completely abandoned but still living by each of its stone. And while he’s remembering those old days, as he thinks to his father’s smile, he sees the man he is now, a warrior in downtown, a solitary raven who faces the storm, his friend, and stands up against life hits, moved by love and courage: an ordinary hero who fight everyday to save his love and freedom from the decay of time”.
VISUALIZER

https://backl.ink/142674812
We’re proud to reveal second single off our debut album “Getaway”!
The new song “Scandal” is available on Youtube as Lyric Video at the following link

https://youtu.be/dIRZ6qH3r-Q
The band says: “We love this song for artistic reasons (has a great chorus and a grooving instrumental section) and for its contents. It’s a song that points the finger to those who think they are always by the right side of the truth. Those who never failed, the good ones, those who seek the perfect scandal to dress you off, even though the real scandal is them indeed. The family defenders who have two or more secret lovers, the champions of lies who speak of truth, and so on. Every lie they filled their mouth with is a ghost that they keep feeding day after day. Musically we love the chorus and instrumental action: you won’t resist jumping along with the song, we are sure of it!“

“Getaway” contains 10 tracks of New Wave and Dark Music of the 80s as well as mixing typical elements coming from the melodic hard rock and classic metal with 90s Gothic Metal influence.
Mixed by Luigi Scuderi at Tower Hill Studios through 2019.
Mastered by Jacob Hansen, at Hansen Studios (Denmark).
Getaway will be released on September 25, 2020 via Rockshots Records.
SPOTIFY 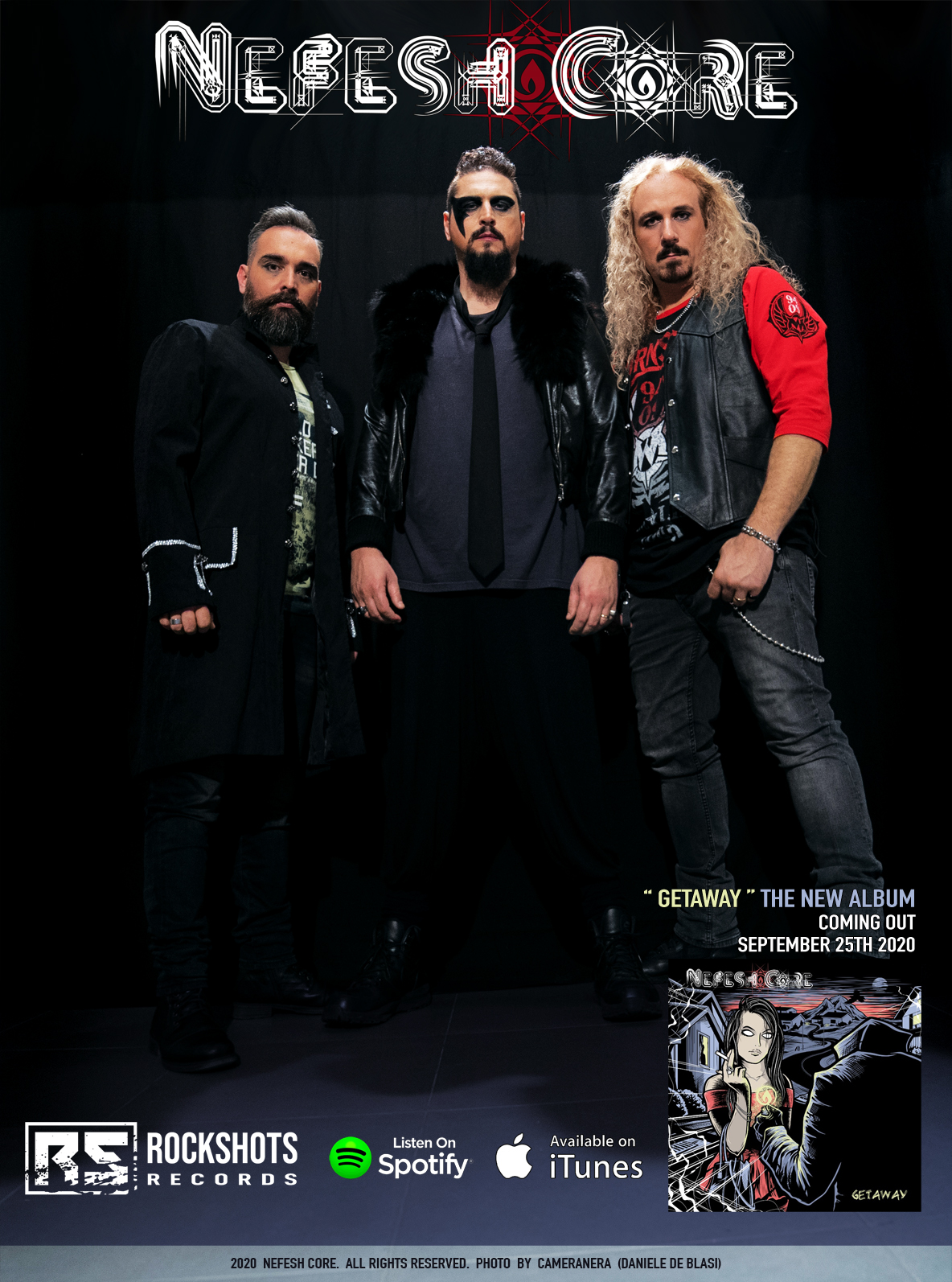 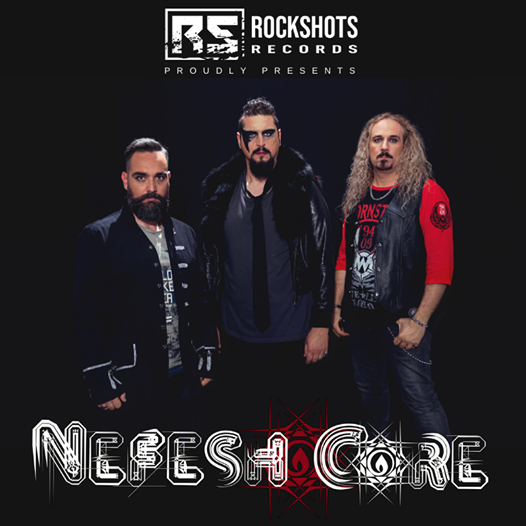 Nefesh Core is proud to announce worldwide record deal with Rockshots Records for the release of debut album “Getaway”, coming out next September 2020.
The band was formed in 2018 by Dave Brown and Stefano “Ghigas” Calvagno, both known for their roles into the White-Progressive metal band Metatrone. Ivan Newton is filling the line-up behind the drums and percussions.
Nefesh Core takes inspiration from the New Wave and Dark Music of the ’80s as well as mixing typical elements coming from the melodic hard rock and classic metal with ’90s Gothic Metal influence. One of the main feature of the project is that Dave himself is in charge of the main vocals and keyboard parts.
‘Getaway’ is the album of a new dawn. The first son of a new musical journey, the one-way road to get out of a life that’s not giving you the things you really need. It’s an album that has no place for compromises. It’s our heartbeat in loop. Along its 10 songs, it’s an unexpected travel into lands we weren’t in before, unknown places, forgotten memories that our instruments will offer to you. ‘Getaway’ is the flashlight that strikes darkness back, and lets you see through the hidden corners of your mind, soul and personality, and gives you the freedom of the truth, because, as Hegel said: the truth is the whole, and the whole is a process.
‘Getaway’ was mixed by Luigi Scuderi at Tower Hill Studios and mastered by Jacob Hansen at Hansen Studios.